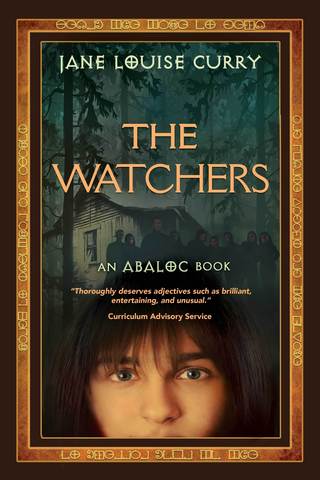 At war with his stepmother, in trouble at school, and desperately unhappy, thirteen-year-old Ray Siler is shipped off to strangers--to his mother's kin, the Clarks--like a parcel nobody wants. Twillys' Green, the mountain hollow in southern West Virginia where they live is another world from anything Ray knows, and it is different somehow even from the isolated, poverty-stricken hollows nearest it. The family name is Clewarek, not Clark, and that is only the first puzzle. Why do they evade his questions about the oddly-dressed people living in the half lean-to and half cave at the base of the hill behind the house? Why are strangers barred from the hollow? When Ray and his uncle Dream uncover the great stone snake on the wall of the old coal mine high in the hollow, the mystery deepens. And through a splinter of that carved stone, Ray himself is drawn into a conflict that echoes an ancient tragedy played out over sixteen hundred years before.

An exceptional and haunting book in which Time merges past and present into an irresistible adventure.

What the Reviews Say

“… an adventure that is part fantastic, part practical, and always brilliantly realised in background and characters." –Margery Fisher, THE SUNDAY TIMES

"The Watchers... goes potently back to pre-Columbian America for its ghosts. A 13-year-old boy is packed off to live with his dead mother’s people in the hills of West Virginia. He senses mysteries, though, links with an antique past. In fact, the family’s remoteness has saved them from the predatory scouts of the 1880s, who were buying up all the hill mining rights at 50 cents an acre. It has also preserved from outsiders a rarer ancestral trust — the remains of an Indian stone palace. Old records—the diary of an eighteenth-century Scottish ancestor—a lawsuit when Aunt Neva’s will appears to hand the place to the enemy— you have to admire this plot, so effectively seen boy-view." –Naomi Lewis, THE OBSERVER

"Ray comes to Twilly’s Green greedy and resentful, but as his bitterness is overcome with the love his relatives have for each other and him, he comes out of the dark to protect Twilly’s Green from destruction. A serious book, the delight being in the names and speech and down-homisms of a traditional community. A book which finds something to say about good and evil without further bankrupting of the concepts. Worth every penny." --Nancy Telford, CHILDREN’S BOOK REVIEW (U.K.)

"[THE WATCHERS] has the real terror and poetry of time in it.... This is no matter of a leap over a gap into the sixteenth or nineteenth century. The ancient conflict round Tul Isgrun, the Dark Shrine, still exists in present-day Twilly's Green…. Fat, sycophantic Arbie Moar, hunting the sign of the hooped snake, is no less sacrilegious and sinister than the queen Tekla and her followers long before Columbus came to America.…
The strange, moving continuity of Time gives the book a theme into which modern trickery and collusion fit just as easily as the hero himself does. Not a fantasy-hero, but a boy of thirteen, resentful at being shipped off to unknown relatives,…[he] has the mental energy of a newcomer and the curiosity of his years [and] it is largely because of his persistence that Twilly's Green is roused to action against Moar and the land claims--so oddly matching the invasions of the past--that will destroy the present.
Family relationships, topography, the impact of people on one another, all are strands in a story enriched by a strongly emotional, almost pictorial attitude to Time and history." –Margery Fisher, GROWING POINT

The Watchers“… is a poetic, adventurous interlude told by an author who knows the dialogue and the deep rooted feelings of what we used to call the covites —hollow dwellers — in West Virginia. Coupled with a dramatic fight for land and mining rights is an ancient haunting, an intrusion of a ghostly past that lends the book an air of mystery and terror. Miss Curry could write of her mountain folk with no added fillip of the weird, but the combination makes for fascinating reading.” – C.N.G., CHATTANOOGA TIMES

"The Watchers,[by] Jane Louise Curry, [is] set in the West Virginian mountains where she mixes up people and time, past and present, into a jumble that makes a mysterious and creepingly shadowy story. The mountains of [West] Virginia and the isolated community living there give great credibility to the dark legends coming to life—Indian legends, shrines and rituals, spun together as intricately as a spider’s web leading up to a great deal of contemporary intrigue. For anyone between 10 and 13 who’ll like a long read that’s different and interesting." -- Rosemarie Doyle, THE IRISH TIMES, Dublin

"The Watchers thoroughly deserves adjectives such as brilliant, entertaining, and unusual. Its gothic quality derives from its basis in an imaginative legend describing the past inhabitants of Twilly’s Green, West Virginia. Though the family presently living in this out-of-the-way place is a group of kindly, ordinary hill people, their unusual facial features nevertheless recall the first inhabitants of the area.… In The Watchers, the past is not only viewed as a door to adventure, but also cherished as the source of a valuable cultural heritage….It will probably become a future classic for its real literary merit, as well as its educational worth." --CURRICULUM ADVISORY SERVICE