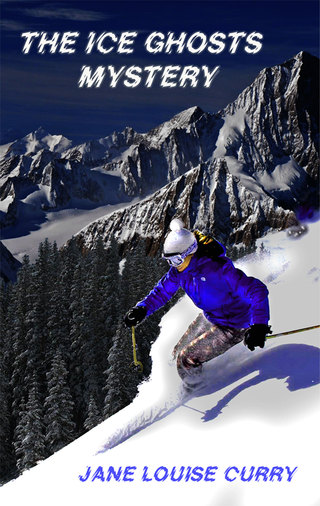 Has Professor Bird really fallen into a crevasse while skiing with an old friend in Austria after a seismological conference? If so, what was the true meaning of the strange cablegram from his hospitalized and somewhat incoherent friend, a message that told his family to disregard his reported death? Mrs. Bird takes the only possible course: she and the children-- Oriole, a college sophomore, thirteen year-old Perry, and eleven year-old Mab-- fly to Austria to try and unravel the mystery of the conflicting reports themselves, only to learn that Professor Bird has fallen prey to a diabolical scheme that could end the world as we know it!


"When Dr. Jeffrey Bird of the California Institute of Technology disappears while skiing in Austria after a seismological conference, Mrs. Bird flies to Austria with her ouija board and her three children... They arrive in the remote village in the Austrian Alps where Professor Bird was seen last only to find themselves persona non grata as far as the local inhabitants are concerned. The story comes to a satisfying conclusion [as]an ancient legend of ice ghosts has been revived, an avalanche traps Mrs. Bird outside the village, and Perry and Mab make their way deep inside the mountain where they find their father imprisoned. ...[A] suspenseful, lighthearted mystery." --BOOKLIST

"Don't let the mystery in the title deceive you. This is not just another title in the endless stream of mysteries. It is a fast paced story of intrigue and mystery which holds the reader from start to finish; but it also has realistic character development full of warmth and humor which does not suddenly see Perry and Mab become super sleuths. Mystery readers will naturally be attracted, but don't let the "good Book" crowd bypass it." --CHILDREN'S BOOK REVIEW SERVICE

"...The complex plot is ingeniously woven and sustained in a beautifully vivid setting." -- HORN BOOK

Five Stars: "I first read this book when I was 12 years old and I've read it innumerable times since. It's impossible to put down and more gripping than most mysteries written for adults." --A KINDLE READER